Before he started his career in acting, Trevor Donovan worked as a male model. Thus he worked for many fashion brands as a model. Trevor Donovan has a lot of talents other than acting and modeling. When he was a child, he was very interested in sports. He even played in the junior Olympics representing the United States of America! He is also a very good singer. Trevor Donovan even sang a lot of his background scores in his television shows. Thus, he also plays the guitar very well.

Donovan is a very educated person and he has a degree in graphic design. He used to study at The Art Institute of Los Angeles and completed his graduation from there. Apart from acting, Trevor Donovan also does a lot of philanthropy work. He works closely with a lot of non-profit organizations and charities. At the moment Donovan is an ambassador for Habitat for Humanity.

He also serves as an ambassador for the Robert F. Kennedy Centre for Justice and Human Rights.

Hence, this talented actor is also a very kind soul at heart and he has won the affection of many fans across the globe. Keep reading to know more about Trevor Donovan’s career, relationships, personal life, net worth, and much more. 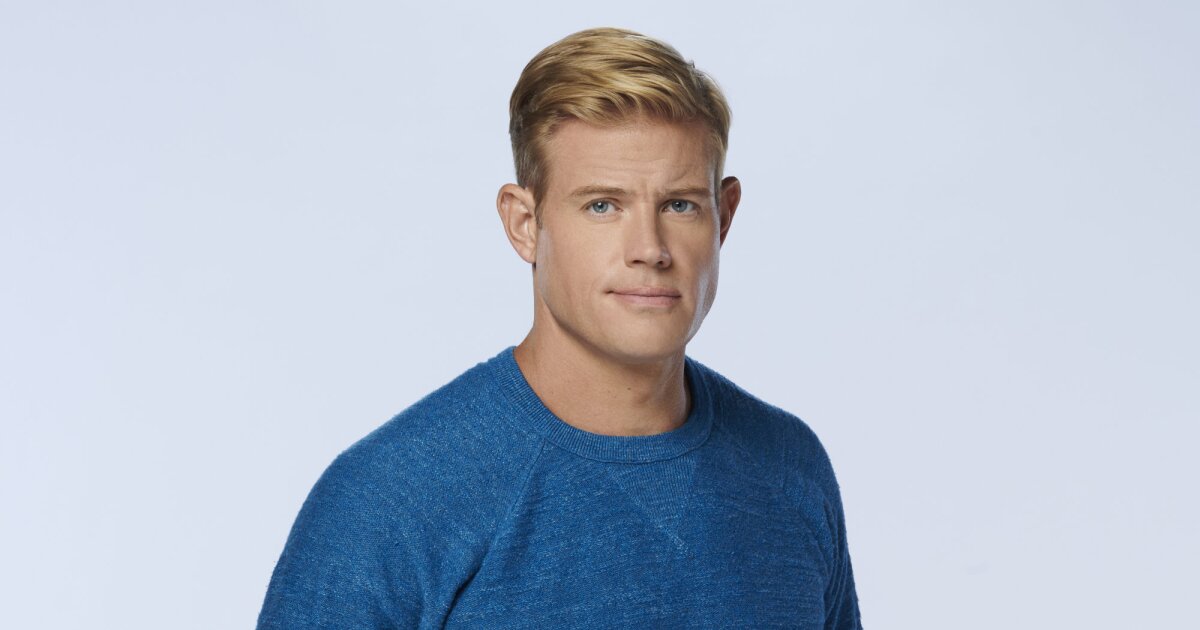 Some Facts about Trevor Donovan

Trevor Donovan was born on the 11th of October in the year 1978. Thus, as of now, he is 44 years old. Donovan is of German-American ethnicity.

Trevor Donovan has a brother whose name is Jake Donovan. At the moment, Jake Donovan works as a fireman in Sacramento. There is currently no other information available about Jake Donovan. 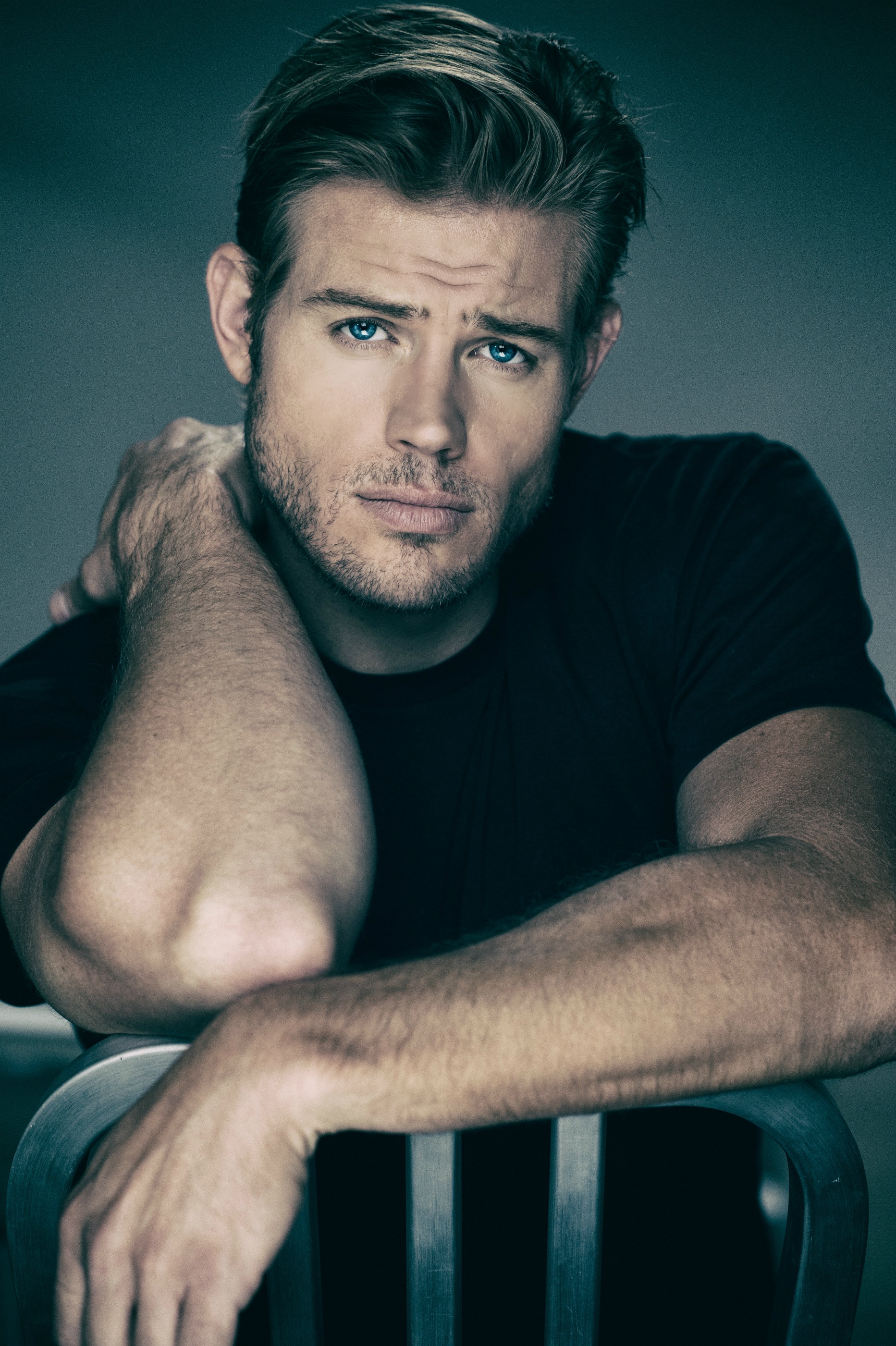 A lot of fans have questions about Trevor Donovan’s sexual orientation after he played a gay person in the show 90210. However, Trevor Donovan is not gay! In an interview with Life And Style, Donovan said that his role as Teddy Montgomery is helping him to get a lot of dates. This CW drama actor said in the interview that his character made his dating life better. Ever since Teddy Montgomery came out as gay in the show he has been attracting more female attention than ever.

He continued saying that this role has been very good to him because girls wanted to challenge it. He said that girls normally assumed that he was gay and they said that they would be able to change him back. Thus, Donovan was quite lucky in dating because of his role. Trevor Donovan said that he was very happy about being a role model for teens who were confused about their sexuality.

He also said that he was very glad he could help children who were going through a hard time. It is wrong to teach children that there is something wrong with them, he said.

In an interview with E! Online, Trevor Donovan said that the 90210 teams wanted to tell a very real story about a child who was fighting a battle and trying to face himself as who he was. He also added that it was very difficult to come to terms with oneself and they wanted to show how painful the process was. Thus, they wanted to help everyone who was going through a similar journey.

Is Trevor Donovan Really a Skier?

Since Trevor Donovan grew up in Mammoth Lakes in California he did a lot of skiing when he was young. He grew up skiing and snowboarding with his family and schoolmates. In fact, Donovan was even a member of the United States ski team! He participated in the junior Olympics with them. Trevor Donovan has mentioned in many interviews that he would have pursued a career in skiing if he had not become an actor.

In the year 2007, Trevor Donovan played a minor role in Days of our Lives which is an NBC Soap Opera. We all know Days of our Lives as the show that Joey from Friends acted in. Two years after this in 2009 Donovan received the offer of playing the character of Teddy Montgomery in the teen drama 90210.

90210 is the show that continues the timeline of the successful Beverly Hills 90210. Beverly Hills 90210 was a show about the lives of rich students who studied in West Beverly Hills High School. The same year, Donovan also starred in the movie Surrogates. Hence, Surrogates is a movie of the science fiction mystery genre. Next, he also worked as the body double of John Rahway. Donovan served in this role in the action crime thriller Takers.

Donovan played the role of a gay boy Teddy Montgomery, in the show 90210. Nonetheless, he played the role so well that a lot of his fans thought that he was actually homosexual! However, this fact is not true. Trevor Donovan is not gay and he does not have a husband.

In many interviews, Trevor Donovan mentioned that he did not know that he was going to play a character who was gay. He added that he took it up as a challenge and tried his best to make it as authentic as possible. Thus, Donovan continued saying that he worked closely with the directors and scriptwriters to make Teddy’s character as realistic as possible.

Often he asked the scriptwriters how to emote a scene so that he could accurately portray a closeted gay guy. Finally, after the discussion, Trevor Donovan said that he felt very proud that he was able to portray this character. The fact that the directors thought him worthy to play this role flattered him a lot. Thus, he said that the role was quite challenging and it added a lot of depth to the show. Since the show was a commercial show and it was superficial, Trevor Donovan was grateful for this character since it gave the show substance.

Trevor Donovan received the role of Ted Montgomery in the year 2008. In the year 2010, he became a regular on the show. Teddy Montgomery’s character came out as gay in the third season of the show.

In the year 2011, Donovan appeared in an episode of a crime drama series. He appeared in the series CSI Crime Scene Investigation. After that, in the year 2012, Trevor Donovan played the role of Matt in the crime thriller Savages. Oliver Stone directed the movie Savages which was based on the novel Savages written by Don Winslow.

The movie Bermuda Tentacles stars Linda Hamilton, Mya, Jamie Kennedy, and John Savage. Bermuda Tentacles is about an Air Force One Flight that disappeared in the mysterious Bermuda Triangle region. This flight was saved by the Navy in the movie. In the year 2016, Trevor Donovan also starred in the television film JL Ranch. The next year in 2017, he played the role of Eddy Arnold in Sun Records. He also appeared in a guest role in an episode of the show NCIS. In the year 2018, he also played the role of Max in an episode of the drama Lucifer. Lucifer is a police procedural comedy-drama.

Trevor Donovan is a man of many talents. He is not only a brilliant actor but also a great singer, guitarist, skier, model, philanthropist, and writer! Trevor Donovan is an animal lover. He loves dogs and he has two pet dogs! Donovan has a German Shepherd and an English Bulldog. He is very active on his social media and he has over eight million followers.

Donovan thus has a very wide reach across the world and adoring fans from many different countries. He thus often posts about his dogs who he loves dearly. In many interviews, Trevor Donovan has said that his social media is like an escape from negativity. He also said that it is a positive place for pet lovers. Since he loves writing, Trevor Donovan has written a book about his dogs!

Love Always Dogbert and Tito is the name of the memoir which Donovan wrote about his dogs in the year 2018. This book follows the lives of his two dogs as they go on magical adventures across the world. This story is about love, and it also serves as a source of inspiration and hope for everyone. Although it is a book for children, many adults have enjoyed and loved the book too. Donovan mentioned that this book is based on a lot of his real-life everyday experiences. A lot of his fans shared these experiences with him over social media which he incorporated into this book. Thus millions of Donovan’s fans and more people have enjoyed and learned from this beautiful book.

Rockwell played Trixie in the second season of ABC’s Scandal. Sonia Rockwell is from Anchorage, Alaska, in the United States of America. Trevor Donovan and Sonia Rockwell dated for three years. Their relationship lasted from 2006 to 2009. She is the same age as Donovan since both of them were born in the year 1978.

There were also many rumors about Trevor Donovan dating John F Kennedy’s niece Kerry Kennedy. Fans also suspect that Donovan was in a relationship with Micheal Jackson’s daughter Paris Jackson. However, all these rumors are baseless and Donovan has confirmed them as not true.

Net Worth Of Trevor Donovan

According to Idol Net worth, Trevor Donovan has an estimated Net worth of $18 million. He has accumulated this net worth from his successful career as a model and an actor. He also has additional sources of income such as brand endorsements and advertisements. Nevertheless, it is quite difficult to predict the net worth of celebrities due to changing lifestyles and spending patterns.