Rami Malek is an accomplished American actor. His full name is Rami Said Malek. Furthermore, he has a net worth of around $20 million (as of August 2022). His lead role as Elliot Anderson in the USA Network TV series Mr. Robot (2015–2019) is his most famous work. He also acted as Freddie Mercury, the lead singer of a British rock band called Queen, in Bohemian Rhapsody (2018).

Rami Malek was born to Egyptian immigrant parents in Torrance, California on May 12, 1981. He graduated with a bachelor’s degree in fine arts from the University of Evansville, Indiana in 2003. He began his acting career by performing in plays in New York and eventually moved back to Los Angeles. In LA, he found supporting roles in films and television.

Rami Malek made his debut on TV as Andy in “Gilmore Girls” (The WB, 2000-07). He is also a voice actor, a producer, and has done motion capture for video games.

Malek won the Critics’ Choice Award and the Primetime Emmy Award for Outstanding Lead Actor in a Drama Series for his role in Mr. Robot. Later, he also won the Oscar, the Golden Globe Award, the Screen Actors Guild Award, and the British Academy Film Award for his character in Bohemian Rhapsody. He was also the first actor of Egyptian heritage to win the Academy Award for Best Actor. In total, Rami has won 14 awards and 46 nominations.

Rami Malek was born on May 12, 1981 to parents Nelly Abdel Malek and Said Malek. He has an identical twin brother named Sami and an older sister named Yasmine. His parents are Egyptian immigrants who left Cairo with his older sister and settled in Sherman Oaks. They mostly stayed in the San Fernando Valley in LA. Rami grew up in the Coptic Orthodox Christian faith and spoke Egyptian Arabic at home until four years of age.

Rami’s mother was an accountant, and his father sold insurance. Rami has two siblings. They are both quite successful in their respective fields. His twin brother, Sami, is an English teacher, and his older sister, Yasmine, is an ER doctor.

Rami went to Notre Dame High School, where he was classmates with actress Rachel Sarah Bilson. He was also a senior to actress Kirsten Dunst, who attended the same school. Malek faced difficulties adjusting to cultural differences as a first generation American and, as a result, struggled to form a self identity. Rami’s parents wanted him to be a lawyer. His teacher noticed his dramatic interpretation during debates. As a result, he encouraged Rami to perform the one-man play “Zooman and The Sign” at a competition. His parents were very supportive of his performance. This encouraged him to pursue acting professionally.

Rami Malek graduated from high school in 1999. Afterwards, he went on to get a bachelor’s degree in fine arts from the University of Evansville, Indiana. Besides, he also went abroad on an internship at Harlaxton College in Lincolnshire. Later, he went to the Eugene O’Neill Theatre Centre in Waterford, Connecticut, where he became acquainted with August Wilson. He earned a 2017 Young Alumnus Award from his institution for personal accomplishment after finishing his bachelor’s degree in 2003.

Rami Malek made his debut on TV. Basically, he was a guest star named Andy on the TV sitcom “Gilmore Girls” (2000–07). He also appeared in “Johnny Boy” at the 130-seat Falcon Theatre in Burbank, California. Furthermore, his works include “Shoes” with the Slant Theatre Project in New York City, opposite Kelli Giddish. He also voiced “additional characters” for the video game Halo 2.

Rami appeared in two episodes of “Over There” (Fox, 2005). Basically, he played an Iraqi insurgent, Hassan, in the controversial Steven Bochco war drama. Besides, he also received his Screen Actors Guild card. Shortly after he was also cast as Kenny in the sitcom “The War At Home” (Fox 2005–07).

Malek made his feature film debut as Pharaoh Ahkmenrah in the comedy “Night at the Museum”.

Keith Bunin’s “The Credeaux Canvas” cast Rami Malek in an on-stage appearance as “Jamie”. Vitality Productions staged it at the Elephant Theatre in Los Angeles.

He returned to his role in the sequel “Night at the Museum: Battle of the Smithsonian”.

Malek appeared on television in the eighth series of “24” (Fox 2001-2010). He returned for three episodes as the Egyptian American suicide bomber, Marcos Al-Zacar. After that, he gained praise from critics for his portrayal of Corporal Merrill “Snafu” Shelton in “The Pacific”. It was a HBO World War II miniseries. He was also cast in a supporting role in “The Twilight Saga: Breaking Dawn-Part 2”.

Rami gained a new fan base after the release of “The Twilight Saga: Breaking Dawn-Part 2”. He played the role of an “Egyptian coven” vampire, Benjamin. He also appeared as a guest in an episode of “Alcatraz” (Fox 2012) as the serial killer Webb Porter. Later that year, he also played the role of a watch officer in “Battleship”.

Rami Malek appeared in the lead role of the USA show “Mr. Robot” as paranoid hacker Elliot, which would later prove to be a career making role for him. This drama series brought him long-deserved acclamations and numerous award nominations.

Rami Malek was in the mystery film “Buster’s Mal Heart” (2016). Especially, it was the first movie in which Rami Malek played a starring role. Later, in November of 2016, he announced that he would play the role of Freddie Mercury in “Bohemian Rhapsody”.

In the remake of the 1973 prison drama “Papillon”, Malek was cast as Louis Dega. His co-star was Charlie Hunnam. Later, he was invited to become a member of the Academy of Motion Picture Arts and Sciences. Malek also joined the fourth season of BoJack Horseman, voicing the role of Flip McVicker, a writer who distrusts email.

Rami Malek rose to prominence with his depiction of Freddie Mercury in the Queen drama “Bohemian Rhapsody” (2018). As soon as in October 2018, the film opened in London and quickly became a box office triumph. It generated over $900 million worldwide, coupled with a production budget of around $50 million. It was the sixth highest-grossing picture globally in 2018 as well as the highest-grossing musical biographical film of all time. Malek also revealed in December 2018 that he would produce and star in an eight-episode podcast called “Blackout.”

The James Bond film “No Time to Die” decided to star Rami Malek. He played the role of “supervillain” Lyutsifer Safin, as can be seen.

The James Bond film “No Time to Die” released. Following the release, he hosted “Saturday Night Live” on October 02, 2021 to support the film’s release. Besides, Malek was also in the crime thriller “The Little Things” (2021), starring opposite Denzel Washington and Jared Leto.

Not only Malek has 46 nominations but also has won 14 times.

Rami Malek is very reserved as well as secretive about his personal life. He actively avoids social media. But during an interview, Malek mentions, “I’m an exuberant person. I thrive on affection. I like chit chat … One of the great things about living in New York is that you meet so many strangers, and I love encounters with strangers; I love meeting people and also hearing their stories”.

At the present time, Rami Malek is currently dating Lucy Boynton. They fell for each other while filming Bohemian Rhapsody (2018) together. They made red carpet appearances together in 2018 and have been dating ever since.

Rami Malek was born to Egyptian immigrant parents. He also mentions he is “an eighth Greek”.

Specifically, as of August 2022, Rami Malek has a net worth of about $20 million.

He owns a mid-century modern home across the street from his twin brother, Sami Malek. So, his house is in the Laurel Canyon neighbourhood of LA. In an interview in 2019, he also expressed his wish to move to London.

Rami Malek has a twin brother who is 4 minutes younger than him. His name is Sami Malek. Although Rami is a well-known actor, Sami is an English teacher who lives in LA. 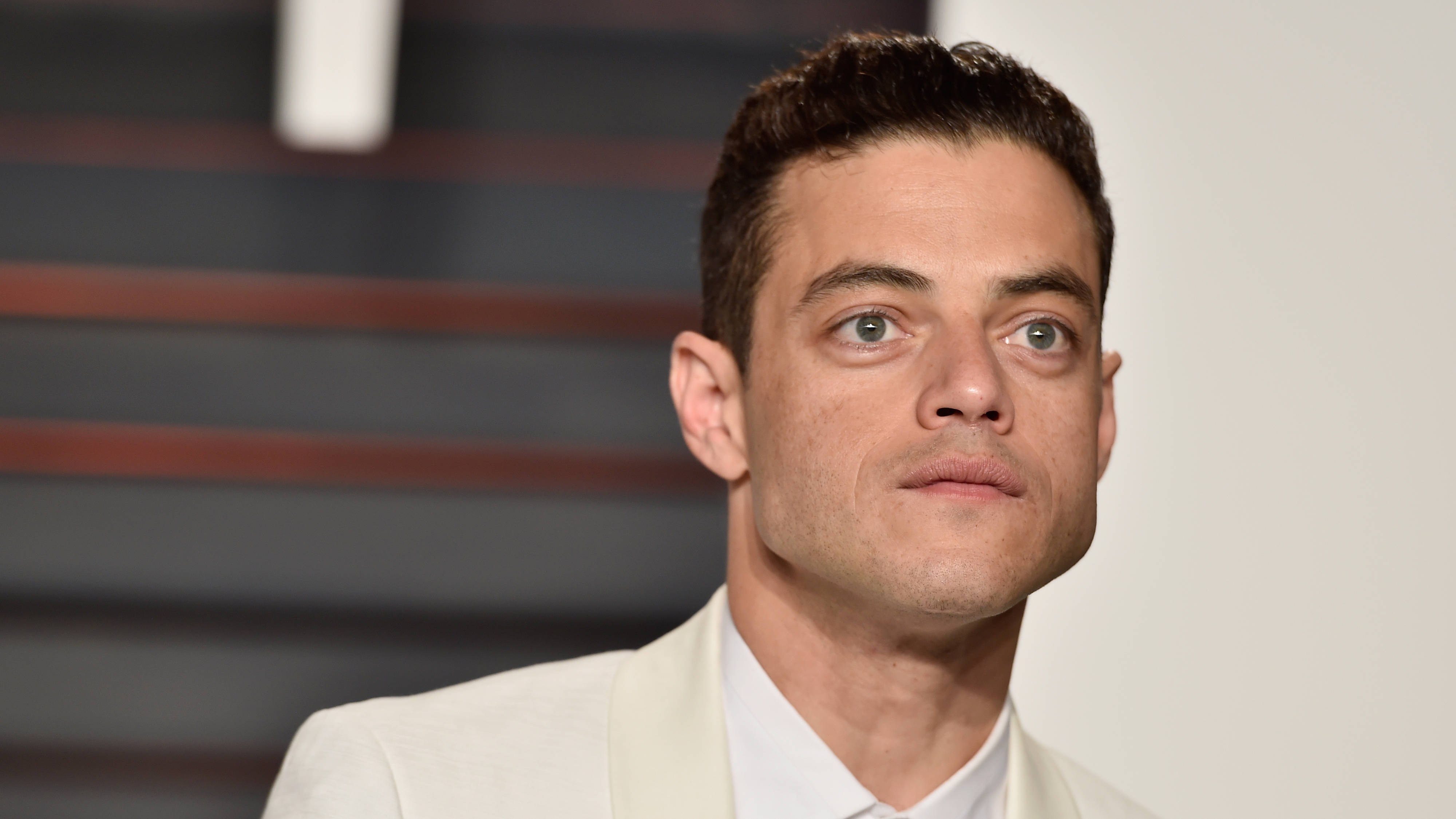 Are Rami and Lucy still together?

Yes, Rami Malek and Lucy Boynton are still together.

No, because Rami revealed that he was lip syncing to Freddie’s voice in Bohemian Rhapsody.

What did Rami Malek have to do for Bohemian Rhapsody?

Producers asked Rami to film himself as Mercury in an audition tape. Because of that Rami worked with a movement coach and learned every detail of the late Rockstar’s life.

What happened to Rami Malek’s dad?

How did Rami Malek do his teeth?

He used a clip on teeth that went on the front of his teeth and also behind his lip.

Unique Tips for Feeling Your Best In Health And Wellness

What Kind of Men’s Shorts Should Men Wear?