Thomas or better known as Sykkuno, is an American YouTuber and Twitch streamer. His main content is streaming games like Minecraft, Among us, Valorant, and League of legends with other Twitch streamers and YouTubers like Valkyrae, DisguisedToast, Corpse Husband, Ludwig Ahgren, and Pokimane. As of the reports from April 2021, he successfully managed to become the 39th most followed channel on YouTube and is in the 30th most subscribed channel on Twitch with 3.71 million subscribers. He is very modest and loves trolling his friends. According to him, he is a “streamer for fun” and only plays games he personally loves to play and that he can play with his friends. In addition, his “Just Chatting” content is another of his famous streams.

His real name is Thomas. It got revealed when one of his friends Jodi aka Quarterjade, called him by his real name, needless to say, making him stunned.

Thomas was born on June 4, 1991, in San Gabriel, California, United States. He is a native of southern California, but his parents are of Chinese and Vietnamese descent. Other than his parents, he has two sisters in his family. In January 2021, he decided to move to Las Vegas, Nevada.

Sykkuno is admired for his sweet and innocent nature. It is believed that among all his twitch friends, he has the highest amount of female following. In spite of all the controversies and rumors circling around him on social media, he has not revealed his relationship status and keeps his life as private as possible. As can be seen that he is active only on selected social media platforms, one of which is his Twitter, where he tweets occasionally. His first face reveal was back in 2014 when one of his friends, LilyPichu, a member of OfflineTV, posted a picture of them.

In May 2020, he made his way to the show Rajjchelorette(now called Love or Host) featuring Jadeyanh and hosted by this famous Twitch streamer Rajjpatel aka Austin. In the show, the contestants choose love or host for a female contestant. Sykkuno ended up winning this show and chose love. Surprisingly he was the first-ever contestant to get all the loves on Love or Host. He was given his own Rajjchellor show later on.

He has a pet dog named Bimbus, and he loves posting his pictures on his Instagram profile. Not only that, but also his favorite time pass is to go out on a walk with him. Needless to say, they share a really cute bond. 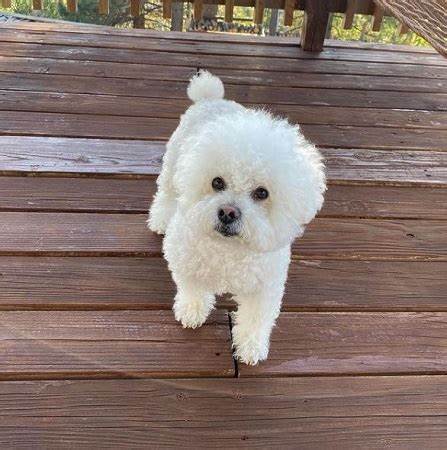 Sykkuno’s height is 5 feet and 7 inches or 170cm, which in fact, is pretty average for someone of Asian descent.

If we talk about Sykuno’s educational career, he has a master’s degree in statistics and a bachelor’s degree in mathematics. He used to work as a software developer in the past before starting his content creation career. Sykkuno started his streaming career on YouTube back in 2011 with his first channel, Sykku, before making an alternate channel Sykkuno in 2012. His second channel ended up becoming his primary channel, where he now posts his compilation videos from his Twitch live stream.

In the beginning, he mostly played the MOBA title League of legends. His content was usually gameplay/ commentary videos once a week. In the beginning, he did not do a facecam stream until February 2020 when he did his first webcam streaming on Twitch. Since then he managed to make a massive fan base of 2.5 million subscribers. In June 2020 when Brie Larson started to play Fortnite he got a chance to play with her as well.

He joined Twitch in 2019 and began streaming popular video games like Among Us and GTA. The Twitch community gained instant liking towards this sweet and charming streamer. Within months he gained a massive fan following, especially among girls and became a star face on the platform. Over the years, he achieved the reputation of one of the nicest streamers on Twitch. In the meantime, Sykkuno’s Twitch channel gained over 600k followers within a month in 2020, making him the fastest-growing streamer on the platform. In April 2021, he showed up in an hour-long Among Us charity stream on The Tonight Show with Jimmy Fallon where he played games with some of his best friends like Pokimane, Valkyrae, Corpse Husband, and more. That was considered one of the biggest crossover streams in recent history, therefore raising money over $25,000 within an hour.

As I said before, our star streamer is pretty active on Twitter, where he occasionally tweets stuff and interacts with his fans. But even after being so modest, he ended up becoming a topic of discussion as he demanded the platform to “unverify” his account. Earlier this year, his followers supported him a lot to gain his Twitter verification. Even the hashtag #VerifySykkuno was trending on Twitter in February. But when his army successfully managed to get him the verified tick, the American star streamer realized that he did not need it anymore.

Sykkuno’s Instagram profile is @sykkuwu, where he has 1 million followers. Even though it’s not verified, he loves posting pictures of his dog, Bimbo, on the platform.

Although the streamer does not have an official Reddit page, yet fans made him an unofficial Reddit subpage where they post his cute compilations in the hope that he will make it official someday.

Sykkuno has an estimated net worth of $1.2 million. He makes around $140,000 USD per month from his Twitch streams. The majority of his money comes from his monthly subs and Twitch donations. Since he’s also an eSports player, the rest of his earnings come from brand endorsements and advertisements. According to a Twitch leak, he managed to make around $1 million USD from his twitch payouts alone. This does not include revenue from other platforms or sponsorships. However, this data is speculative right now.

Even after being so detached from social media, the star streamer has a lot of rumors revolving around him. According to some rumors, it is believed that Sykkuno and his fellow streamer Corpse Husband are dating due to all the flirting they do while streaming. As a result, fans went a step ahead and made compilations of their flirtatious moments, fueling this rumor even more. In addition to that, there have also been rumors of him and Valkyrae dating each other. The star streamer has smashed both the rumors, stating that he isn’t in a relationship with any of them.

In one of his recent streams when one of his viewers asked him about his girlfriend, he without delay pointed toward the black screen and said, “Well guys, little did you know, I have already revealed my girlfriend. She’s right here! Yup, as you can see there is nothing there because I don’t have one. Anyway!”. Needless to say, he indirectly wanted to state that he’s not dating anybody, although this may be true. There is a possibility that he is in a relationship, but we’ll never know.

Being shy and introverted always kept him away from relationships. This 28-year-old streamer revealed that he doesn’t have much experience in the dating field.

Fans were shocked to know that how such a sweet guy like Sykkuno hasn’t been on a date.

He even addressed the viral tweet posted by Disguised Toast, where he said that a girl was trying to “slid into his DMs”. He very innocently stated that it was all a joke and henceforth, no truth in that.

Regular viewers of Sykkuno noticed that he avoided showing his smile on live streams. Not only that he even usually covered his mouth whenever he laughed. After constant questioning by fans the streamer finally revealed that it has to do something with his past encounter with bullying. People used to make fun of his smile as a result, giving rise to his insecurity.

Another controversy revolving around Sykkuno is that he stated that he won’t ever play Dungeons and Dragons on stream again after he received multiple death threats from fans while playing the game previously.”DnD was genuinely the worst experience I had with fans, like ever. And I didn’t even stream it, which is crazy to me. It was the worst. Guys, guys. I’m a sub on Lily’s channel, sometimes. I remember one time, I felt bad because this guy was subbed to Lily for nine months, and I banned him because he sent me death threats.”

.Well, according to social media, back in the ’80s and ’90s, D&D faced extreme controversy, with people thinking it’s the “Game of the Devil”. Maybe because it was the game of choice. In other words, it was how people used to play it. The reason may be anything but for this reason, he had started to receive death threats.

Moreover, he once got involved in a rumor with Offline TV which spread like wildfire. OfflineTV is a group of content creators that moved to Los Angeles together. Big names like Disguised Toast and Pokimane are part of this team as well. Sykkuno was rumored to join the team soon since he used to live in the Offline TV house and was really close with most of the members, but it never happened due to some unknown behind-the-scenes drama. Even after this, the streamer promised to stay in touch with the team and still plays Among Us with them once in a while.

Yes, his content is extremely family-friendly. He is usually calm and shy and tries to stay away from all the social media drama. Not only that, he also refrains himself from cursing or using elusive words which makes him the sweetest streamer on the platform.

What nationality is sykkuno?

Even though he is half Chinese and half Vietnamese, his nationality is American as he was born in California.

What is Sykkuno’s real name and how did it get leaked?

Thomas is his real name and it got revealed when his fellow streamer Jodi aka Quarterjade called him by his real name on Livestream. In short, making him stunned.

How did Sykkuno get his name?

It may sound funny, but according to the streamer, there’s no story or meaning behind it. He thought Sykkuno sounded cool, so he went with it.

Where does Sykkuno live now?

Currently, he lives in Las Vegas, Nevada. He stayed in the OfflneTV house with other fellow streamers but moved out a couple of months later to live again with his family.

Is Valkyrae related to Sykkuno?

He met Ray aka “Valkyrae” in real life during his recent trip to Las Vegas. In fact, they even shared a picture of them stating that the plan was out of the blue.

How tall is sykkuno?

Sykkuno is 5 feet and 7 inches and weighs approximately 60 kilograms. He has black hair and black eyes as far as we can tell through his pictures.

Is Valkyrae related to Sykkuno?

Sykkuno and Valkyrae both are extremely popular for their content. Both of them are often seen playing games together whether it be GTA or Among Us. They even met in real life last year. Even though there are rumors about these two being in a relationship, yet there’s no clarification whatsoever.

Formerly he used to work as a software developer but yes, right now he is a full-time streamer. Even back then he was on YouTube streaming League of legends, but his career took off recently.

What squad is Sykkuno in?

Sykkuno aka Chairkkuno is the newest member of the Mavix Mob, which includes a lot of popular streamers like Scump, Josh Hart, and Valkyrae.